So! We managed to choose the worst possible two weeks ever to go on a family holiday. (You’ll be pleased to know we enjoyed the break.)

During that time the government’s Bailey Review was published and across the media there were articles, comment, arguments the whole works, on issues we have talked about for all this time. We were gutted to miss an invitation to appear on Newsnight, but also very chuffed to be mentioned on Question Time. Most importantly though it was great to see debate and a chance for people from a range of perspectives getting involved.

Our thoughts on the review itself? Well, we are pleased that the government has recognised that there are issues here and that they are important. Important enough to warrant a review and to warrant time and effort addressing them. What the review and its findings can hope to really achieve is another matter. After all, this is another review in a long line of reviews which has attempted to make some headway in what is a hugely complex and difficult area to put right. Even defining the problem itself is a challenge to say the least.

We remain sceptical about the impact that this review can really have. We were very clear when we made out submission to Reg Bailey that the sexualisation agenda is in danger of becoming dominated by the obvious padded bra and pole dancing kits, and ignores at its peril the broader and more insidious objectification and commercialisation which is taking place across our high streets and online. We made the point that the beauty industry, in its relentless quest to find new profitable markets, is creating a culture which accepts that children should be wearing make-up, and that ‘naturally by 8 years old, girls need a little enhancement’. (Yes, this was Walmart in the US.) 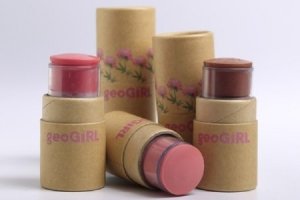 So yes, let’s tackle the easy things – but they’re easy! Tesco does not sell that pole dancing kit anymore. WH Smith does not stock Playboy pencil cases. And Primark stopped on the padded bra front (didn’t it?). But that’s relatively easy. What we really need is to take a long hard look at the commonly accepted things around us. Disney Store is full of make up kits aimed at age 3 plus. As is Toys R Us. Where does this fit in? Isn’t this sexualisation? 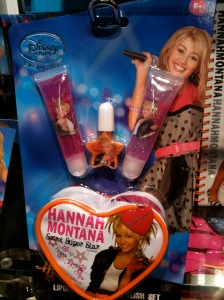 We are not so naive as to think that either of these stores is going to stop selling this stuff. And taking on the might of Walmart, Disney or Toys R Us is not a task two ordinary mums like us can entertain lightly. But I think what’s really hit home with this latest review is that we need to recognise a number of very simple and fundamental points:

1. Big business is very powerful and it runs the show. Money talks. None of these stores care about anything much other than their profit. By creating these new lucrative markets there are boardrooms full of people rubbing their hands together with glee. Let us not forget who profits and who pays.

2. As consumers – well, this is perhaps where we have a modicum of ‘power’. Because it’s our money which pays for all this rubbish. If we stop, if we say NO, if we at least start voicing concern and questioning what these multi-billion dollar companies are doing, then this is when they may start taking notice.

So, yes the government’s intervention at whatever level they can muster, is a good thing. Whether or not legislation is feasible, practical, possible or desirable is another question. It’s certainly not something that this government is proposing. But this needs to go hand-in-hand with ourselves as consumers (hate to use this adjective but it’s the only one that’s meaningful to big business) taking action, and talking with our feet, or our wallets.

Alongside all of this we must continue to press for long term cultural change which means we promote and strive for a vision of our society – societies – which isn’t driven by profit. But what is right and good. Box-ticking by the government is not helpful. While we applaud much of Mumsnet‘s efforts, they are not the only voice of parents and mothers. There are many other voices which need to be heard and which have relevant things to say. 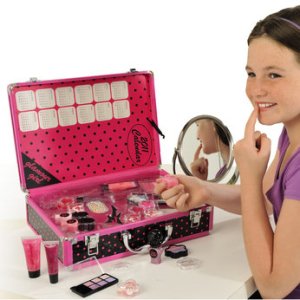 Our campaign is about bringing parents, children and whoever else is interested together and using a collective voice to start doing just that. If that means we define ourselves as consumers and withdraw our cash and demand better from big business then fine. So be it. But we do want to also press for more lasting change which will ultimately mean that big business cares about more than just its bottom line.

And if you don’t believe us, here’s an extract from an email which we received last week from an 11 year old:

“The worse thing about this is that it stops you being your own person and you grow up believing that girls are just for decoration and looking at more than any actual real purpose. A thing that has also come up is boyfriend-girlfriend pairs – it’s like this, if you don’t have a boyfriend/girlfriend then you’re not popular and if you’re not popular you’re bullied . Girls should not made to feel like they have a price on what they look like or what they have , it’s there personality that counts …”

Sexualisation is on the political agenda, and has always been on ours. At Pinkstinks we are currently working on our submission to the consultation of the government’s sexualisation taskforce (The Bailey Review), set up in response to the growing discontent amongst parents at the much publicised premature sexualisation of our children.

There have been a number of high profile cases which have been the catalyst for all of this: I’m thinking pole dancing kits in Tesco, playboy pencil cases in WH Smith and of course padded bras for seven year olds in Primark. Pinkstinks however has always taken a broader view as we believe that there are some very blurred lines between what are considered sexualised, and what are overtly ‘gendered’ or pinkified products.

Just today the latest website from the Gap was brought to our attention and deserves some thought.

The girls page features the ‘make a shape’ logo, including a young girl, I’m guessing about 7 or 8, standing on tippy toes – as if in heels although actually in flats – looking behind herself at her own behind. All skinny jeaned and skinny, it’s the ‘shape’ of ‘does my bum look big in this?’, ‘am I pretty enough?,’ ‘am I thin enough?’, ‘how do I look?’.

The 'shape' of things to come

And it’s evidence of the trend to use language (visual language as well as written), to describe young girls in the way that was once the preserve of women’s bodies, and women’s fashion. It creates the whisper of self doubt, the hint of concern, the merest smidging of ‘am I good enough?’, and of course added to all the other messages around her, it quickly becomes part of the cause of the suppression of her self-confidence and the shaping of her as a consumer.

So in some ways, whilst we’re all busy shouting loudly about padded bikinis for seven year olds, this stuff, this steady drip feeding of messages, loaded with double meanings for not only our girls but our boys too, quietly continues to further cement some truly dreadful assumptions about what is important for a girl to think and believe, and likewise, a boy too. 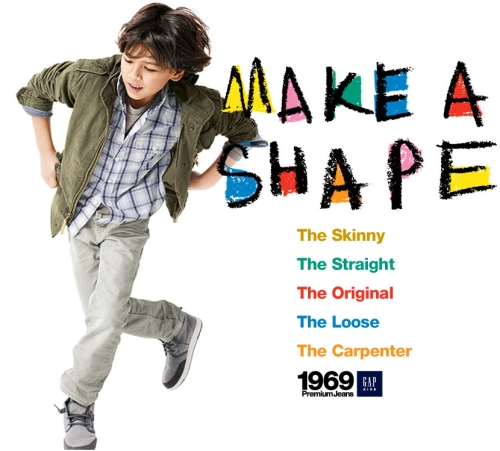 Incidentally, the ‘shapes’ that the equivalent boy is making on the site, is a sort of dancing, running, active moving kind of pose. It is clearly not, however, ‘posing’.

So this is the sort of messaging that we will be highlighting and challenging in our forthcoming submission.

You too can fill in your own submission at:

Please do share with us your own thoughts and ideas.